At Trostrud Mosaic and Tile, our top priority is to provide the best tile installations possible. We will not compromise on quality. We are not interested in being the largest or the least expensive tile contractor. We just want to be known as the best.

Trostrud Mosaic and Tile Co., Inc. was founded in 1929 by Earl J Trostrud Sr. In the early years, we concentrated primarily in Residential construction and working hard to create a solid reputation.

At the end of 1939, with the outbreak of war in Europe, the company temporarily closed. During the war years, Earl Trostrud, Sr. was employed by Howard Foundry, making aircraft engine parts, and by Kraft Foods, working in the construction department. In 1946, with the war behind us, Earl Trostrud, Sr. reopened Trostrud Mosaic & Tile Co., Inc., still concentrating in the residential market, and once again building a reputation for quality and craftsmanship. In 1957, Earl Trostrud Sr. started pursuing commercial contracts and was awarded several gas stations. The projects went well and their success whetted our appetite for more commercial work.

In the spring of 1958, after just graduating St. Olaf College in Minnesota, Earl Trostrud Jr. joined his father in the Tile business and they both pursued commercial contracts. The father and son team worked hard at their business, crafting a reputation of quality workmanship, integrity and honesty and a philosophy of treating everyone the way they would want to be treated – whether you were a contractor, owner, distributor, office personnel, tile setter or tile finisher.

In the summer of 1975, Earl Trostrud Sr. retired from the Tile business. Ten years later, Brad Trostrud decided to give estimating a 6-month try. Brad had graduated from the University of Wisconsin, Stout with a major in Industrial Design and a minor in Graphic Design. He worked for an exhibit design house near McCormick Place and then at an independent design firm specializing in water craft and mobile homes.

Brad thought this would be an amazing opportunity to work with his father and to strengthen their bond. Working together for over 30 years has been extremely rewarding to the both of them. Earl, now in his early 80s, is still working every day and holds the title of President, while Brad serves as the Vice President. 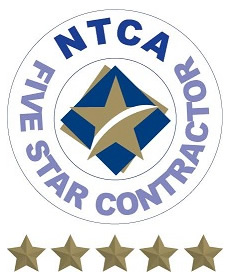 Earl and Brad have always been very active in the Ceramic Tile Contractors Association of Chicago (CTCAC) and Tile Contractors Association of America (TCAA). They both have served as Trustee, Secretary, Treasurer, Vice President and President of the CTCAC. Earl was instrumental in starting the Chicago Tile Institute Promotion Fund. The Fund was established to promote the value of union-installed tile and stone. Earl has served as the Chairman for the Pension and Welfare fund since 1990.He also served as a Zone Director for the TCAA from 1972-1979. In 2013, Earl was awarded the Carl V. Cesery Award that recognizes distinguished service to the tile industry. Brad serves on The National Tile Contractors Association (NTCA) Technical committee and Tile Council of North America (TCNA) Handbook committee. Brad was involved in the creation of the advanced certification for Tile Installers (ACT), a certification program to provide a level of consumer confidence for the installation procedures that exceed ANSI Standards and TCNA guidelines. Brad has also served as Director, Treasurer, and, from 2018 to 2019, as President of TCAA.

Trostrud Tile has been awarded various awards over the years, most notably the International Union of Bricklayers and Allied Craft Workers Craft Award for Best Mosaic in 2015 and Best Tile Project in 2008. We also received both TCAA’s 1st Place Commercial Project award and achieved Trowel of Excellence certification in 2012. We employ the best Union trade installers in the business. Our Top priority is to provide the best tile installations possible. We are not interested in being the largest or the least expensive tile contractor – we will not compromise on quality – we just want to be known as the best.

The following galleries represent a small selection of the wide variety of projects Trostrud Mosaic & Tile has successfully completed in recent years. Please click on the image to browse further. 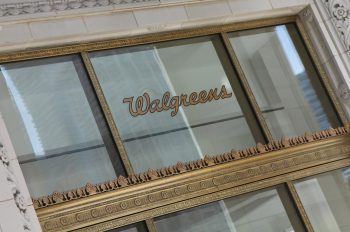 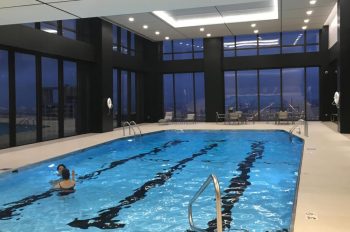 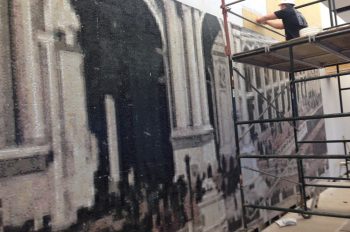 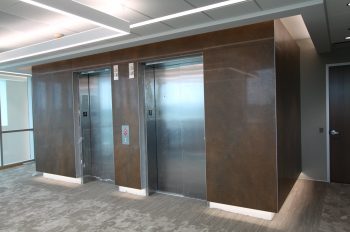 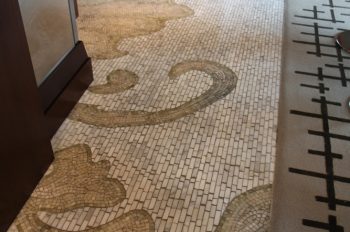 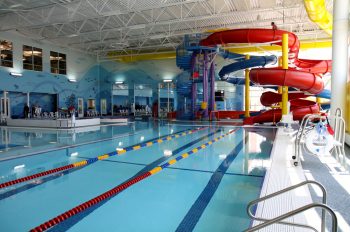